In Nigeria where there is never a dull moment, where incident follows incident at a furious gallop, the glut of occurrences can overwhelm even the most pertinacious chronicler or analyst.

As a way of coping with such moments, I patented back in my Rutam House years a rubric I named Matters Miscellaneous, under which I try to examine the day’s intelligence in short takes, working from no particular design.  It is also my way of attending to those who might otherwise feel neglected.

So, here goes the miscellany, all protocols observed.

Boko Haram on the Run

Barely a week after he orchestrated the postponement of the presidential election and inveigled the electoral body INEC into accepting same, Dr Goodluck Jonathan finally gave a damn and went after Boko Haram (BH).

Since then the marauding terrorist band has been in retreat and disarray.  Until the armed forces began regaling the public with their exploits and an inventory of just how many towns and villages and entire local government areas they had freed from the pernicious clutches of BH, few outside the Northeast had any inkling of the size of the territory over which it had proclaimed sovereignty. 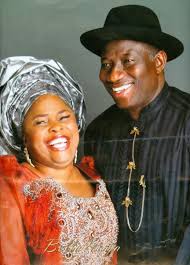 And in just one week, the outposts fell one after another, like ninepins.  It was hard to believe that this was the same BH that enlisted men were loath to engage, the same BH that had ravaged entire communities, sacked police formations, taken the fight to troops in their barracks, destroyed fighter aircraft on the tarmac, and roamed the entire region virtually unchallenged, its grisly business to conduct

And Dr Jonathan, newly seized of his responsibility as commander-in-chief, has been touring the front, taking a victory lap as it were, decked out in combat gear as befits the office  and vowing that not one inch of Nigerian territory will remain under BH’s infernal thrall.

You can’t begrudge him his new jauntiness.

But the question remains:  What are the armed services doing now in the Northeast that they could not have done three years ago? Or two?  Or even a year ago?

Dr Jonathan says he had underestimated B H’s menace.  He sure did, big-time, and despite warning from General TY Danjuma, chairman of the since-dissolved Presidential Adversary Council.

How many other clear and present threats to vital national interests has he underestimated?

If Jonathan had taken that advice and lived up to his oath of office instead of thrilling rented crowds with his azonto dance moves and carrying sacks of money around to bribe traditional rulers and all manner of opportunist groups to buy support for his re-election bid, the casualty list from BH’s depredations would have been much shorter, and so would the roll of internally displaced persons, now numbered in the millions.

One cannot go as far as the commentator on one of the so-called social media sites who with Old Testament rage placed squarely on Dr Jonathan’s head the blood of the thousands killed  by BH and the pain and agony of the millions forced to flee their homes.

But to the extent that Dr Jonathan could — and indeed should — have done what he is now doing at least three years ago but did not, it has to be said that, at the very least, he bears moral responsibility for the slaughter of innocents, and the benumbing misery and agony wrought by BH.

One more thing we must not allow them to forget in all the chest-beating:  The Chibok 219.  The military high command has been saying that it knows where BH is holding the girls but would not close in on the camp for fear of putting them in harm’s way.

With their new fire power and enhanced intelligence capability, this is the time go in for the rescue.  Forward, gentlemen, to the location you’ve had on your radar since the girls were abducted.

Like a dutiful helpmeet, The Iron Lady of Okrika, most recently Permanent Secretary Without  Schedule in the Bayela State Civil Service, and in the normal run of things Patience Faka Jonathan, First Lady of Nigeria and distinguished chair of the African First Ladies Peace Mission has been on the hustings, deploying her charm and well-honed communication skills to make a strong case for her husband’s reelection

And what a wave she has been making!

“A72-year-old man has nothing to offer Nigeria,” she declared the other day at one of her campaign stops.

Do you hear that, members of the National Council of State, to whom her husband always        runs for the political equivalent of covering fire whenever he has another odious scheme to                 inflict on the public?

I am not going to let my generation down.

I have asked my attorneys to commence, for our group, a class-action lawsuit for gratuitous infliction of emotional distress and mental cruelty against the Iron Lady of Okrika in her official capacity as wife of the President, unless she issues within seven days an immediate and unconditional apology for the gross libel and promises never to go there again.

Attahiru Jega:  The Arbiter as Villain

Alas, poor Attahiru.  This genial, shy professor of political science and former president of the  university teachers union ASUU, must now be ruing the day he agreed to serve as chair of the Independent (ha) National Electoral Commission, the most treacherous job in the world.

Those who appointed him expect him to do their bidding at every point.  If he does not, it must be that he has been bought by the Opposition.  And if he does not apply the rules the way the Opposition thinks they should be applied, he is carrying out the Government’s agenda.

It is an ordeal, even in the best of times.

When it is compounded by contrived distractions from the government and its surrogates – when they express confidence in him one day and none the next day; when one day they say that his time is up and hint darkly that it will not be renewed, and say the following day that  he will indeed preside over the forthcoming election;  when they suborn the media to publish scurrilous and fabricated charges of sleaze against him – how can he concentrate on the job at hand?

How can he — or indeed the public – even tell that there is a job at hand?

Why can’t Dr Jonathan just do whatever he wants to do, and as usual not give a damn?

Ayo Fayose – he of the dubious mandate, on which he runs Ekiti when he runs it at all like a schoolyard bully gone berserk–has been at pains lately to assure the public that there is nothing personal to his ghoulish death-watch on General Muhammadu Buhari.

“I have nothing against Buhari,” he declared the other day.

Right, Governor.  You only want him to drop dead and are distressed that he has not obliged.

TRENDING: I Am Pregnant For Laycon Big Brother Niaja Winner --- Girl Cries Out A video that is trending online...

The government of Lagos State led by Governor Babajide Sanwo-Olu has cancelled an earlier scheduled parade for the Independence Day...

Oct 1 : We Will Close Our Borders –IPOB Releases Shocking Warning To Nigerians