AGAIN, LET ME REASSURED NIGERIANS “I WILL NOT REMOVE JEGA”…. PRESIDENT JONATHAN 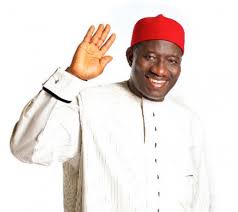 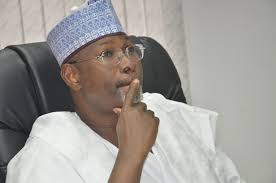 President Goodluck Jonathan has reassured Nigerians and the international community that he has no plan to sack the Chairman of the Independent National Electoral Commission, Attahiru Jega, ahead of Nigeria’s general elections slated for March 28 and April 11.

Mr. Jonathan’s reassurance came amid speculation that the Federal Government, through the office of the Head of Civil Service of the Federation, is plotting to send Mr. Jega on terminal leave before the elections.

Mr. Jega’s tenure ends in June but there are cl‎aims the administration plans to send him on a three-month pre-disengagement leave before the election.

The speculation were fuelled by allegations by the opposition All Progressives Congress and the anti-Jega posturing of the Peoples Democratic Party as well as groups and individuals rooting for Mr. Jonathan.

Last Thursday, senators of the APC, led by George Akume, said they had reliable Intelligence that Mr. Jega would be asked to proceed on pre-retirement leave this week through a letter that would emanate from the office of the Head of Service of the Federation.

But speaking on Monday in an interview with Aljazeera, Mr. Jonathan dispelled the speculation.

The president said INEC is a sensitive and important institution and that removing its chairman arbitrarily would spark public outcry.

He continued, “Government, whether at the federal or state level, president or governor, does not wake up and change somebody, especially somebody like the INEC Chairman, except that person has done something wrong.

He added that he had never discussed with “any human being on earth about changing INEC Chairman”‎.

While the PDP has alleged an unholy link between the APC and the INEC boss, Mr. Jonathan’s presidential campaign has outrighly accused Mr. Jega of involvement in “grand conspiratorial alliance” with the opposition party for “electioneering permutations” and deliberately skewed distribution of permanent voter cards against states believed to be PDP strongholds.

Mr. Jonathan has in the past repeatedly committed to free and fair polls‎, devoid of any form of violence.

But his campaign has been especiall‎y critical of INEC of late, accusing it of partisanship, and opposing the use of card readers in the elections.

INEC plans to use the card readers to accredit ‎ voters on election day to check multiple voting and voting by proxy.

BUHARI: ” i am ready to make this mistake” – By Muhammed Bash

Leke Adeboye, the son of the general overseer of the Redeemed Christian Church of God, Enoch Adeboye, says he has...

Former BBnaija housemate, Erica was a guest on Rhythm FM Lagos on Monday, September 28, where she spoke about Laycon,...